What does Kung Fu mean?

Although many people assume that kung fu is little more than a name for a style of martial arts, the term is something of a western invention. In its native China, kung fu is more commonly called guo shu or guan fa, meaning “national art” or “boxing art”. In more cent years, China has come to use the term wu shu to refer to kung fu, which more neatly aligns it with the field of martial arts. However, none of these terms are accurate representations of the true meaning behind kung fu.

What does Kung Fu mean? 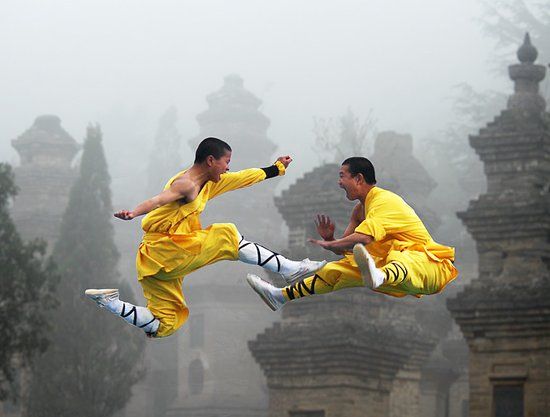 Kung fu quite literally means “hard work”. The term is also synonymous with high levels of skill and a great deal of effort involved to achieve such proficiency. Kung fu has long been associated with Chinese martial arts as a whole, with the term becoming known internationally thanks to the efforts of Bruce Lee throughout the latter half of the twentieth century.

Before Bruce Lee made the term famous, gong fu was often considered the preferred spelling and pronunciation. However, it was Lee’s promotion and championing of the style that brought it global attention, leading to most of the world adopting kung fu as the terminology of choice. Lee deserves recognition for his efforts, not just for bringing kung fu to the attention of the masses, but also in highlighting the importance of hard work and commitment behind. Although regularly used in martial arts context, kung fu can in fact be applied to just about any type of self-mastery. The term denotes a keen engagement with years-long training and high levels of discipline, which can also be applied to any profession that requires a considerable amount of expertise.

There are countless individual kung fu styles currently practiced throughout China and across the world, but some are more popular than others. The Shaolin Temple style of kung fu can trace its origins to more than 1,500 years ago. This pioneering kung fu style was originated by Shaolin monks and requires incredible levels of commitment, with rigorous daily training essential for mastering techniques.

Several kung fu styles take their name from the animal kingdom, with each style boasting techniques inspired by beasts from the natural world. This is a fairly broad category that in fact includes dozens of individual styles. However, some of the most legendary include the crane, snake, mantis and dragon.

Wing Chun is another enduringly popular style of kung fu, made famous by Bruce Lee and Yip Man. There are several competing theories about how this style was originated, but it has become synonymous with kung fu as a whole. While this style incorporates incredibly swift movements and a range of rapid offensive techniques, it is more heavily associated with defensive manoeuvres, intuitive responses and counter-attacks.