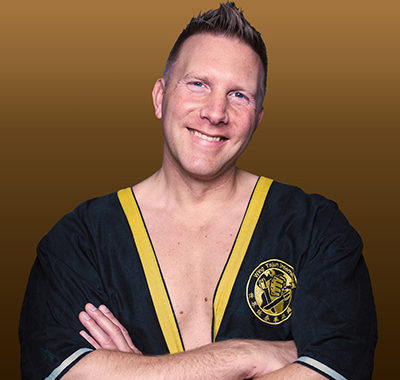 Sifu Thommy has been gaining international recognition as an expert of Wing Chun for many years.
He holds the title of Grandmaster and is one of the very few Europeans who hold this title. With 80 schools in 15 countries, he and his international team of instructors lead one of the largest martial arts associations in the world (WingTsjun.com).

Sifu Thommy trains special police units such as the Brazilian B.O.P.E. or the Policia Environmental in the State of Alagoas. He acts as a tutor at the Colombo Police Academy in Sri Lanka and teaches German correctional officers in self defense and restraint and control techniques.

Boehlig actively engages in children rights. As an ambassador for the children’s foundation “It’s for Kids” he commits himself to helping neglected and sexually abused kids.

In recent years Sifu Thommy gained recognition as a keynote speaker. Using ancient martial arts strategies he helps businesses and organizations excel and prosper. He has appeared at NASA events such as ECOSYSTEMS2030 or the Embodiment Conference.

In 2007 he published his first book “The Art of Fighting” which is available in two languages.

Sifu Thommy is the creator of the Tactile Reaction Training© Method and he engages in a number of scientific case studies at Cologne of Cologne.