How to Use a Wing Chun Dummy 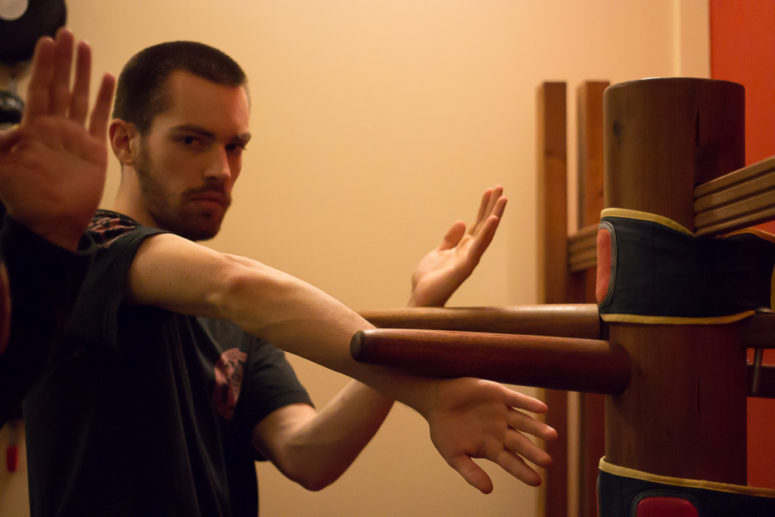 If you’re serious about progressing with Wing Chun, you’ll want to eventually invest in a wooden dummy to help you train. Although these dummies are often used for Wing Chun training, they can also be utilized to help you master other martial arts techniques. In effect, they’re a more advanced alternative to a punching bag, although they offer a raft of additional benefits you won’t get from a stationary training aid.

How to Use a Wing Chun Dummy

What is a Wing Chun Dummy?

The majority of Wing Chun dummies are made from high-quality wood, although more affordable materials are now commonly used. If you’re tied to a particularly tight budget, you may want to consider purchasing an inexpensive PVC alternative. A Wing Chun dummy broadly represents the human body, although this is not always obvious at first glance. The most basic dummies include a leg and several individual arms, with the column at the core replicating the body itself. Variations exist, with some dummies including additional arms. Wall-mounted models also exist, although these are somewhat limiting when it comes to circling around your training aid as you perfect techniques.

Wing Chun dummies tend to be made from high-grade wood, such as teak, and are therefore incredibly hard to the touch. Despite this, it’s not all that difficult to break them. If you encounter a situation where you break your dummy, chances are you’re using improper technique.

Training with a Wing Chun Dummy

The design of these training dummies is closely aligned with the philosophy behind Wing Chun. This sub-style of kung fu has been engineered so that even the smallest and physically weakest of individuals can turn their opponent’s strength against them. The static design of a Wing Chun dummy is intended to replicate the immovable nature of a real-life opponent. When training with a dummy, you’re encouraged to constantly move around and approach your opponent from different angles.

The spring-back arms of a Wing Chun dummy also provide fairly realistic physical feedback that you won’t get from a wall bag or conventional training aid. When you make contact with a Wing Chun dummy, impact energy is absorbed, before the arms spring back. This spring-back effect provides the practitioner with the energy they need to push themselves away from the dummy, before adopting a new position from which to make their next move.

Ultimately, using a Wing Chun dummy helps practitioners focus on fluidity of movement and footwork, rather than relying too heavily on putting brute force behind their attacks. Another useful feature of these dummies is that they provide acoustic feedback. Different sounds are produced for different angles of attack. This provides the user with an additional guideline by which they can judge their technique. If you’re not able to regularly partake in face-to-face teaching or live sparring with a fellow practitioner, a Wing Chun dummy is the next best thing when it comes to a training partner.

Here are some great tips for your own wooden dummy training.